Filling in the River! 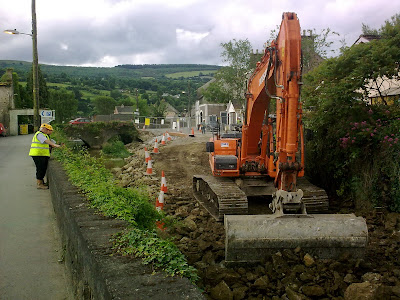 Works continue in relation to the Flood Relief Scheme on the River Suir in Clonmel.

The latest seems to be a filling in of some of the waterways in the Old Bridge area.

More pics are available on www.riversuir.ie courtesy of Shay.
www.pfq.ie

Marks and Spencer open in Clonmel 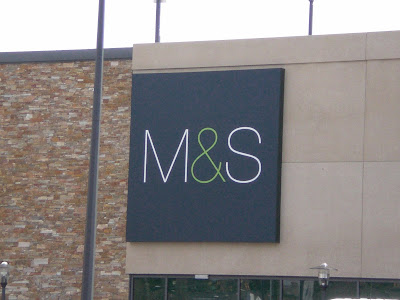 Huge queues, traffic gridlock, but happy people all round for the opening of the 20th Irish M&S store in Clonmel today.
Some people stood in line for up to 4 hours to visit the retailing giant’s new store at the Showgrounds development, on the Davis/Waterford Road. 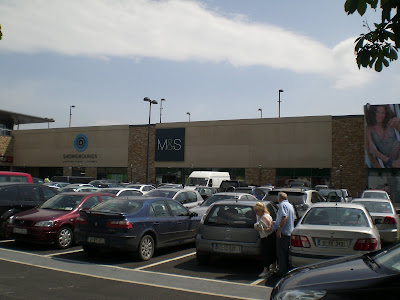 Following 2 years of “will they, won’t they” rumours, the launch today was extremely successful and has to be a boost to the town. Up to 100 people will be employed at the new store.
Although controversial, in that some (the writer included) think that the development will take from the town centre, the extra traffic that a retailer such as M&S will bring may compensate.
If the crowds today are any indication of the future popularity of the store, then it will be good for Clonmel as a whole.
Opening hours are Mon-Wed and Sat 9-7, Thurs-Fri 9-9 and Sunday 10-6.
www.pfq.ie
Posted by Pat Quirke at 3:24 PM 1 comment: 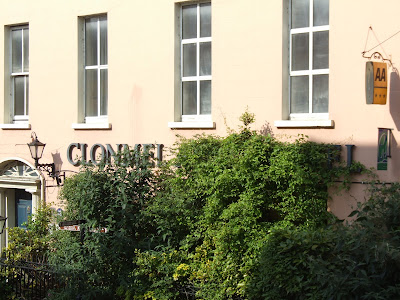 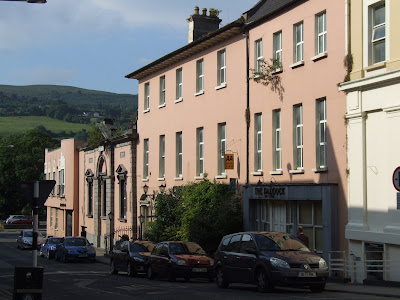 A brief post to confirm that the long-delayed Clonmel Arms re-development by BORC Developments has finally got the approval of An Bord Pleanala.

After 4 years of seeking planning permission, in which time the hotel has been closed, this is a great boost for the town centre.
Permission has been granted for 330+ car parking spaces, 40,000 sq ft of large footprint retail to include bar/restaurant/cafes, 15,000 sq ft office space, a Medical Centre and 14 x 2 & 3 bed apartments overlooking the river.

Great news for Clonmel. Full details to follow as they unfold.
www.pfq.ie

Posted by Pat Quirke at 1:36 PM No comments:

Paying a deposit on a house

I read a story in the Irish Times about people losing deposits of up to €20,000, when a building company went into examinership.

Laragan Developments, building apartments at Santry and Carrickmines, were paid deposits by prospective purchasers over two years ago. In March, they went into examinership with debts of almost €75m.

Deposits paid to building companies are covered under a Homebond guarantee for a maximum of 24 months. As the project stalled, this time period was used up, so the deposits were no longer covered.

Both developments are partially built with some apartments occupied. It appears that there will be a substantial delay in the completion of both developments. The examiner has said that depositors will be allowed to exit their contracts. He said the 95 individuals or couples who had put deposits on the properties would “suffer an immediate impairment”, but they would also receive a “substantial benefit” as they would be released from their contracts and could acquire alternative properties at a “substantial discount” in the current market.

I am not sure that losing a €20,000 deposit can be seen as a “substantial benefit.” Fine, they will buy a cheaper home now than the apartments were costing two years ago. But to lose that amount of money, which is very difficult for most to save while renting and living, is a serious blow to young first-time buyers. Most will not be in a position to buy anything for the foreseeable future.

As agents, when we sell a home, we ask for a deposit. This usually ranges from €5-10,000 depending on the value of the property sold.

Estate agents in Ireland have to carry a bond to protect depositors in the event of the agency running into difficulty. This bond is ridiculously small, and is not really a protection at all. It is under review at the moment, but like most things under review during this Governments tenure, it has been left undone for the last number of years.

The Irish Auctioneers and Valuers Institute (IAVI), of which we are members, represents c. 2,000 fully qualified auctioneers, estate agents, valuers and property professionals throughout Ireland and abroad. The Institute was founded in 1922.

In 1977 the IAVI established a Voluntary Compensation Fund, into which all members pay a contribution each year. This fund offers extra protection to the public in relation to paying deposits for property (land and/or buildings) in Ireland to IAVI Member Firms.

So if asked for a deposit when buying a property, ensure that the estate agents are members of the IAVI. This will protect your money. You should receive a Deposit Receipt letter, stating that you can ask for the return of your monies, in full, until you have signed an unconditional contract, following which the agent holds the monies as stakeholder on behalf of the seller.

Never pay a deposit directly to the seller of the property. You have no protection, little or no paper trail and potential for difficulty without the supervision of a third-party to the agreement.

Unfortunately, the purchasers above paid directly to the builder and it did not end well for them.

Buyer beware. Know who you are dealing with.

www.pfq.ie
Posted by Pat Quirke at 9:26 AM No comments: 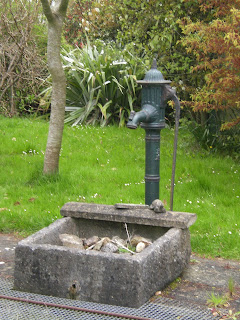 To the well again!
Local election results are in for Clonmel Borough and County Council.
Across the county, the Fianna Fail vote was down 7.8%, to a total of 27.1%. Fine Gael gained 10.8% to 38.7%. Sinn Fein, Labour and Independents all lost out, while Labour rose marginally.

Congratulations to them all. I hope that they represent us well for their term in office and that they can get Clonmel and South Tipperary back in business again. As a rate-payer and business-person in this area, I feel it is very important that the commercial viability of the town centre is maintained. Too much emphasis and leeway has been given to developments which are attempting to suck business from the town centre. This has been proven to be a failed policy in many other locations…newly elected councilors please take note!

Special congratulations to Jimmy O’Brien, who polled the highest first-preference votes of the election with 2438. All this from one of the smaller electoral areas (Fethard), more than double his nearest rival!
www.pfq.ie

Posted by Pat Quirke at 1:18 PM No comments: