An antidote to doom and gloom 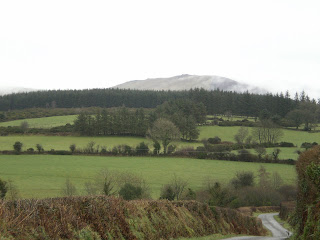 On the road a lot today, to Ballymacarbry, The Nire (from whence the above pic), Newcastle and Cahir. Lots of homes being valued for potential sale, some of them very nice! The owners coming to the market now are, in general, well aware of the market conditions and are willing to discount heavily in order to sell. This should make for a much more productive Spring selling season. There are buyers, with access to finance who will buy if they think that fair value is being offered. 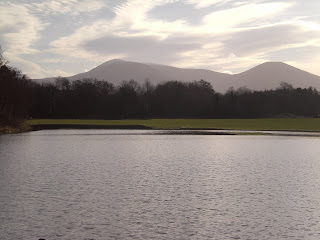 Against all the forecasts of doom and gloom, we have continued to sell 3 & 4-bed semis to first-time buyers. These are priced at €185-210k and in the right areas, have sold well. Last week we agreed a sale of a larger house, the first sale of a home for a figure in excess of €400k in this area since before Christmas, again proving that correctly priced homes will sell. This end of the market had been at a total standstill for the last number of months, but we see a growing number of enquiries from those who need to trade-up for various reasons. They now see that we can sell their smaller home, so they are looking at the decreased list price of larger homes and finding that they can now afford to move.

As has been proven, whatever the Government may or may not do (to date they have done nothing!), the market will eventually decide it's own fate. It has been somewhat "broken" for the last few months, but is showing signs of stabilising at the lower level now seen. At a local level there is little point in getting too upset at the economic situation, we just have to adapt and move on, hoping that someone in the current administration will have the knowledge and courage to make the right decisions. If you can only complain, why not stand for election yourself?

Posted by Pat Quirke at 5:21 PM No comments: 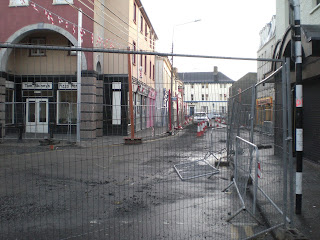 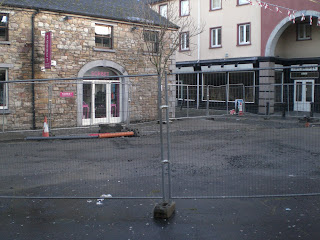 It appears that Market St may be closed for longer than originally thought. Initially, it was hoped that the main digs and associated works, which started on the 19th of January, would be substantially complete within a few days. it appears however, that during the dig some archaelogical remains were found and work has come to a halt while this is being investigated.

The road was to be closed to through traffic for approx. 3 weeks, with limited local access for deliveries and parking. With the new and uncertain date for completion, traders are rightly worried that the lack of traffic and the large area fenced off will make retailing from this location harder than it already is. Many local businesses (ourselves included) who use the extensive car-parking off Constitution Lane and Market St itself are unable to access this space for the foreseeable future.

Posted by Pat Quirke at 9:26 AM No comments: 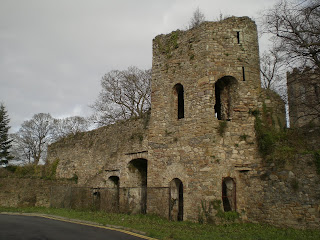 Wednesday night, I attended the Clonmel Chamber of Commerce meeting at the Minella Hotel. The topic of discussion was how to promote Clonmel in its various aspects; as a retail centre, tourism and heritage.

Jim Power from Friends First was to be a guest speaker, but had the flu so could not attend. He sent his Power Point presentation which Frank O’Donoghue reduced from approx. 45 minutes to 5 minutes without any loss of content or message!

A spokesperson from Failte Ireland who focuses on the South East said that as a tourism destination, Clonmel will only thrive for short term holidays but that we need to improve marketing Clonmel for it’s beauty and heritage.

The River Suir, Comeragh Mountains, town walls and the fine buildings of Clonmel are strong selling points. A marketing “hook” mentioned for the UK market, “Clonmel as the town where Cromwell suffered his first major defeat.”

It was suggested that a number of teams, staffed by volunteers would concentrate on three sectors.
Town centre retail
Tourism and heritage
Marketing and promotion

The 60 or so people attending were asked to indicate which area they would like to offer assistance in. Teams will be formed for 3 to 4 months at a time and will then pass the baton to other volunteers. It is hoped that this program will result in improved promotion of the town and a better business environment for all.

I nominated myself as interested in Town Centre Retail and Marketing/Promotion. It will be interesting to see if I get a call. Watch this space.

Where now for Ireland? 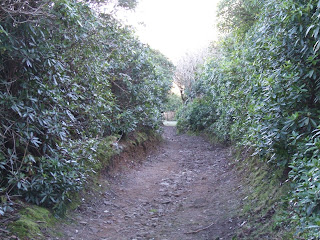 I told myself that today, with Barrack Obama becoming President that things can only get better, but perhaps I was wrong. With AIB and Bank of Ireland shares losing almost 60% yesterday and AIB losing a further 25% today, one has to ask what future have the two main banks. If their future is precarious, then all our futures are precarious. Recent talk of the IMF becoming involved in the running of our country may not be as far-fetched as some think!
The nationalisation of Anglo Irish is being voted on as I type. Richard Bruton of Fine Gael thinks that it should be let die. My view is that at least if we own it, we can manage the debt that it holds and minimise the eventual cost to the state. However, the prospect of the current Government and their cronies running the bank does not fill me with confidence. I do not think that we have the expertise in the Civil Service to do the job. The Central bank and Financial Regulator have let the situation deteriorate catastrophically by turning a blind eye to the terrible behaviour at our banks, and they are meant to be the experts!
On a local level, the bank managers tell me that they have “loads of money to give to suitably-qualified people” and I do believe them. We are still selling houses, mainly to first-time buyers, who are seeing reductions in price from the figures of two years ago and much lower interest rates. But for trade to continue, we all need there to be a confidence in the market. The Government has not inspired any confidence to date, changing track many times already. While I know that these are unprecedented times, it is vital the decisions made now are acted on. The initial promise to “cut Public Service pay”, later scaled back to “talk to the Social Partners”, then further scaled back to “maybe meet the Social Partners in February” is indicative of the lack of leadership and direction of this Government. This does not make for a confident population and is even more damning from the point of view of international investors. The Anglo fiasco is a further nail in the coffin. Why invest in Ireland Inc if it is, as Bob Geldof once claimed, a banana republic?
Anyway, I hope that the new US President will bring hope to the world and start a turn-around of the economy. This will eventually filter through to us all. I wish him well in his endeavours.

Posted by Pat Quirke at 4:25 PM No comments: 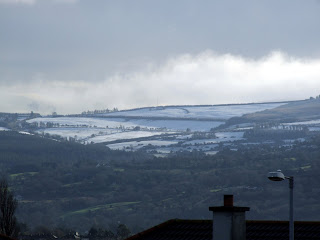 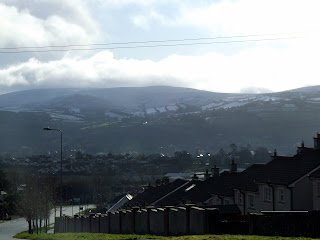 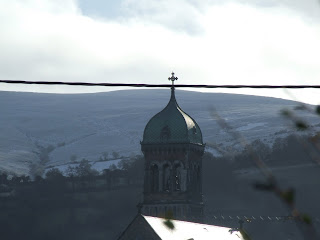 Ok, so I know it is only a small amount, but snow came to Clonmel last night. It is certainly cold here, with a real wind-chill, but we are not badly affected by the weather, thankfully. Made for an unusual sight though. The snow is heavier on the Waterford side of the Comeraghs.

Email ThisBlogThis!Share to TwitterShare to FacebookShare to Pinterest
Labels: Clonmel

Slievenamon in the frost 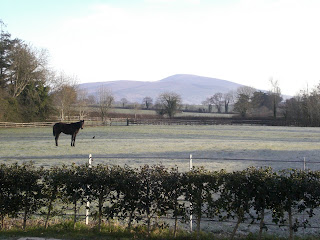 It was exceptionally cold here today, (for Ireland!) with temperatures at 8am in the range -5 to -7 degrees C. Even during the day, temperatures struggled to rise above 2 degrees C. This yearling didn't mind the cold, though with a setting like this, none of us would.

Posted by Pat Quirke at 4:35 PM No comments:

Email ThisBlogThis!Share to TwitterShare to FacebookShare to Pinterest
Labels: Slievenamon

The Spire comes to Clonmel 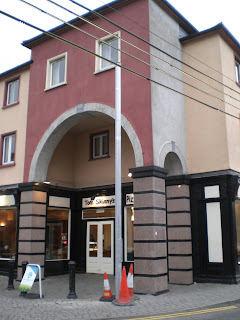 This recently erected pole at Market St/Constitution Lane has caused many people to ask what it is for. Suggestions have included a monument, similar to The Spire on O'Connell St, Dublin! The truth is, as always, more mundane. It is a pole for the erection of CCTV cameras in this area. Expect to see similar construction in other areas of Clonmel in the near future.

Posted by Pat Quirke at 1:09 PM No comments: